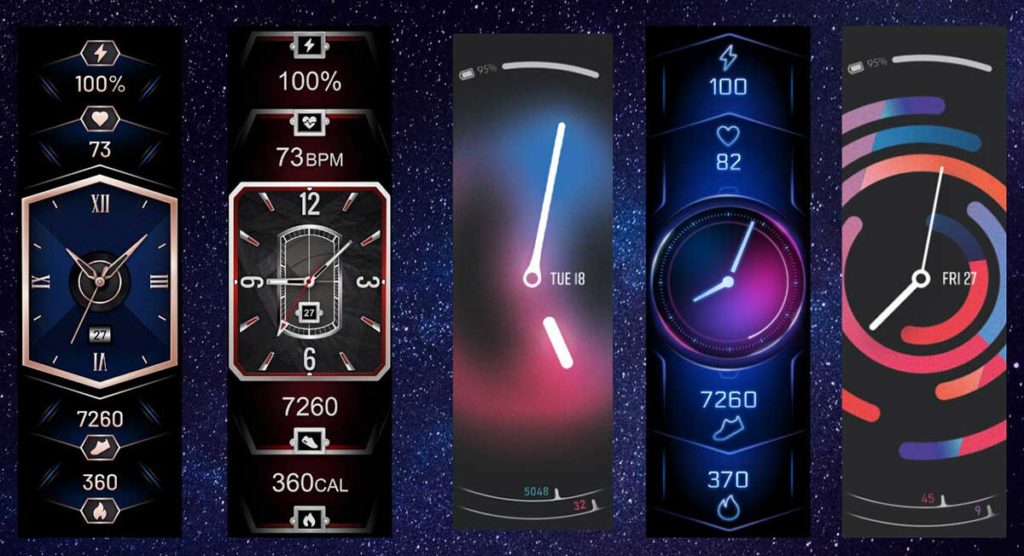 Some of the many faces of the Amazfit X

At the beginning of June 2020, I backed a new product on Kickstarter from Huami Amazfit. I finally received the promised product, the Amazfit X smart watch. It’s no Apple Watch for sure, and you know, I’m ok with that.

I was a watch wearer for many, many years. Probably many of you from my generation (queue The Who here) were too. With the advent of mobile phones, the need to have an additional product just to tell the time and date was a little superfluous. Of course, for the fashion conscious, watches are also a statement and can be used as an adornment as much as a timepiece.

I like Apple, I like their products. But I prefer to choose products I want to use, not to be forced into a closed ecosystem, which Apple wants to do. If I wanted an Apple Watch, I would have to have an iPhone (although I hear that might be changing). But I have a Samsung phone and I wasn’t plunking down a cool grand for a new iPhone. Yikes.

So here are some of the similarities:

And now the differences:

I’ll give the nod to Apple for the use of apps, face design and even accessories like watch straps. All other features in my opinion, go the Amazfit X. It’s elegant but understated, doesn’t get in the way, I can wear it (and do) 24 hours a day (except for the shower). I don’t use the always on display, but since that would effect how long the battery lasts. So as a backup, I wish there was an easier way to activate the display, it’s a little sluggish to respond even when set to “sensitive.” Other than that, I wish there was a way to build your own watch face. There are a decent number of pre-made ones, though they haven’t added many since I have owned it, but I like some of the features of one face and some of another, so I wish there was a way to modify them or create your own. Some of their other products have third party face options you can buy, but not for this model as of this writing. [So much time has passed since I started this post, I did find a place for watch faces and, it seems, an editor as well.]
So I am back to wearing a watch, mainly so I don’t have to search around for my phone or dig it out of my pocket or backpack just so I can see the time. But it is more convenient and a little less obtrusive than other products in the genre, including the Apple Watch. Oh, and did I mention I got it for 40% less than the base price of an Apple Watch? Good deal.